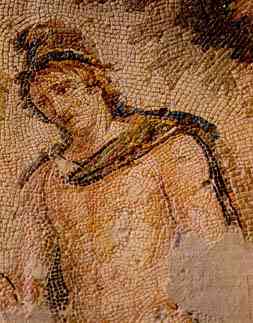 Turkish ANTAKYA, populous city of ancient Syria, since 1939 the chief town of the il (province) of Hatay in southern Turkey, near the mouth of the Orontes River (Turkish Asi Nehri). It was founded in 300 BC by the Greeks and was the centre of the Seleucid Kingdom until 64 BC, when the Romans made it the capital of their province of Syria. The city was one of the earliest centres of Christianity, serving as the headquarters of the missionary St. Paul in about AD 47-55. Antioch prospered in the 4th and 5th centuries from nearby olive plantations and in the 6th century developed a silk industry. That century also brought a series of earthquakes and fires. Antioch was captured temporarily by the Persians in 540 and 611 and was absorbed into the Arab caliphate in 637. Under the Arabs, it shrank to the status of a small town. The Byzantines recaptured the city in 969, and it served as a frontier fortification until taken by the Seljuq Turks in 1084. In 1098 it was captured by the crusaders and was taken by the Mamluks in 1268. It finally fell to the Ottoman Turks in 1517 and remained under Ottoman control until World War I.

The activities of the modern town are based mainly on the agricultural produce of the adjacent area, including the intensively 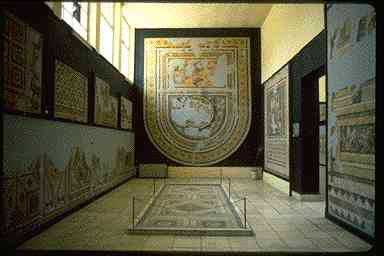 cultivated Amik plain. The chief crops are wheat, cotton, grapes, rice, olives, vegetables, and fruit. The town has soap and olive-oil factories and cotton ginning and other processing industries. Silk, shoes, and knives are also manufactured. Important archaeological discoveries have been made there. Pop. (1985) 107,821.

Antakya, the biblical Antioch, is situated on the Asi River (Orontes) in a fertile surrounding. Antakya was once the capital of the Seleucid kings and the life they lead in Antakya was renowned for its luxury and pleasures during Roman times. The city was the center of Christianity and had been visited by St.Barnabas, St.Paul and St.Peter. The city was also famous as a center of artistic, scientific and commercial activities.

The Hatay Museum deserves a particular interest, in that it houses one of the richest collections of Roman mosaics in the world.

A little outside the city is the holy site where St.Peter's Grotto is situated. The cave church is the place where St.Peter preached and founded the Christian community. It was declared as a holy place by Vatican in 1983. The Iron Gate of Antioch is to the south of the grotto among the ruins of the city. One can sense these far off times since little has changed since that time. The Castle of Antioch will give you a panoramic view over.

Antakya is steeped in history and mythology at every step Harbiye, 8 km. after Antioch, is the place where Apollo fell in love with Daphne and tried to have her, but Mother Earth, in order to save Daphne, turned her into an elegant tree. The site is full of these trees accompanying the orchid gardens, and waterfalls where you may have a pleasant meal. St. Pierre Church, Haron Carving are the main historical remains. 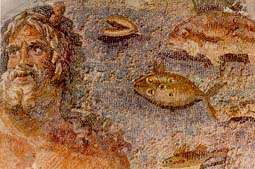 For both beach and sightseeing opportunities Samandag is perfect. Seleuica Pieria, 6 km south of Samandag, is the ancient city which was a busy port at the time when Paul and Barnabas made their first missionary journey from here. The Titus-Vespasianus Tunnel which was built to divert the rain waters, even by today's standard, is a superb example of engineering. Near by there are 12 rock tombs to be visited.

A drive to Kapisuyu village will provide you with a fascinating scene from the Zeus Temple. There is an excellent view from there of the harbor, sandy beach and fertile plain lying below.

There are many picnic and camping areas. Hunting, fishing and thermal springs' facilities are the other attractions.

ANTIOCH or ANTAKYA, city, S Turkey, capital of Hatay Province, on the Orontes R., near the Mediterranean Sea. The modern city is a trade and processing center for the adjacent agricultural plain. Citrus fruit and grapes are grown in abundance; other important crops are olives, melons, wheat, and cotton. Manufactured products include soap, silk and leather goods, and metal handicrafts.

It was the ancient capital of the Seleucid dynasty in Syria and of a province of the Roman Empire. The city was founded in 301 BC by Seleucus I, one of the generals and successors of Alexander the Great. Strategically located at the crossroads of important caravan routes, it soon became a center of commerce and one of the leading cities of the world, famous for a magnificence of architecture rivaled only by Rome and Alexandria. When Syria was conquered by Rome in 64 BC, Antioch became the eastern capital of the Roman Empire. The Romans added to the architectural splendors of the city, building temples, palaces, and theaters, extending aqueducts, and paving main streets with marble.

Antioch was the center of Christendom outside Palestine. The apostles preached there before starting out on their missionary journeys, and in Antioch the term Christian, designating converts of St. Paul, first came into use. In AD 260 Antioch fell to the Persians. Over the next 13 centuries it was conquered by Arabs, Byzantines, Seljuk Turks, Frankish Crusaders, and Egyptians. The devastations of war and persistent earthquakes, including one in 526 that reportedly killed 250,000 people, reduced the once great city to relative unimportance.

Antioch, known as Antakya in modern history, was captured by the Turks in 1516, and it remained a part of the Ottoman Empire until shortly after World War I, when it was conveyed to Syria under a French mandate. The province of Hatay, of which Antakya is the capital, became autonomous in 1938, and the following year it was ceded to Turkey.

Although little of the ancient city remains, portions of the high walls that girded the city and of catacombs and aqueducts still stand. An archaeological museum houses a superbly preserved collection of mosaics dating from the 2d and 3d centuries. Nearby is Saint Peter's Grotto, in which the apostle preached; a church was built in the cave by Crusaders in the 12th and 13th centuries. Pop. (1990) 124,443.