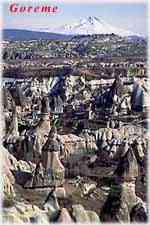 visiting the area. The first settlements date back to 3000 BC; its oldest name was "Nyssa." The city also has some interesting remains from the Seljuk period, such as the castle which stands at the highest point of the city. The Kursunlu Mosque has an impressive complex of buildings and a medresse surrounding it which dates back to 1726. The museum displays a rich collection of the local finds.

Gulsehir, and Hacibektas which is the town where Haci Bektas Veli settled in the 14th century, and set up his own Bektas Dervish order which was based on love and humanism. Hacibektas is famous for its onyx souvenirs.

Cappadocia has one of the most interesting and spectacular landscapes in the world. About three million years ago the volcanoes of Mt. Erciyes and Mt. Hasan covered the surrounding plateau with volcanic tuff as a result of their violent 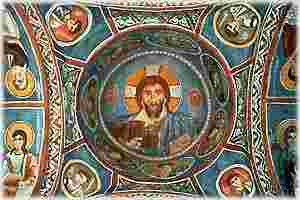 eruptions. The natural effects of wind, water and rain eroded this area into a spectacular, surrealist landscape of rock caves, capped pinnacles and fretted ravines in colors ranging from warm tones of red and gold to cool tones of green and gray.

Dating back to 4000 BC; the earliest people used to live in Goreme, known as Cappadocia, in dwellings dug into the rock. Christianity came to the region, and chapels, churches and monasteries were constructed in the rocks. At Derinkuyu, Mazi and Kaymakli, cities were developed underground in order for the inhabitants to hide from raiders. There is another underground city -Ozkonak- which is also open to the public. They are really amazing to visit, and give a sense of the way people must have felt while living underground. 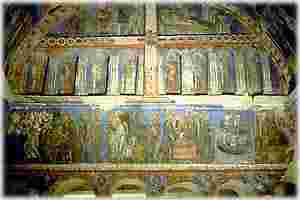 Urgup, 20 kms east of Nevsehir, is a lively tourist center and has all the characteristics of the region. Besides this, it is the center of a wine producing region and every year in October an International Wine Festival is held. It is an excellent place to stay to tour the sights in daytime and to find amusement in discos and bars at night. In Urgup you can see how people once lived in houses carved into the rock along the narrow streets. This is a good place for buying carpets and kilims, as many varieties are offered. Pancarlik Valley, the Mustafapasa (Sinassos) and Cemil villages, with their traditional stone houses, the Taskinpasa and Sahinefendi villages where the 2th century Kirksehitler Church is located, and the Devrent and Catalkaya Valleys are famous for their fairy chimneys.
Tokali Church

The Goreme Open Air Museum, 8 km northwest of Urgup, is a monastic complex of rock churches and chapels decorated 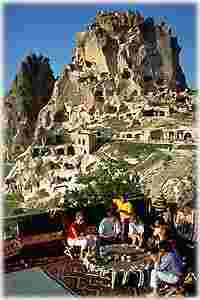 with frescoes. The churches of Elmali, St. Basil, St. Barbara, Yilanli, Karanlik, Carikli, and Tokali are of particular interest and their frescoes are very well preserved. Many pilgrims still visit the churches. The cities of Goreme and Uchisar provide a bewitching scenery of cones and chimney formations. Uchisar Fortress is the highest point and the view from its top is enchanting. In Cavusin you will find the monastery of St. John the Baptist. The attractive town of Avanos is famous for its handicrafts, especially pottery, and you may try this craft yourself in one of the many studios. Soganli has a picturesque beauty with dozens of chapels, churches, halls and tombs. The Byzantine development of fresco art can be observed from the 8th to the 13th centuries in Soganli.

The town of Ortahisar is carved out of rock. The churches in the Balkan Valley are some of the oldest. Kizilcukur Valley is strikingly beautiful during sunset. You should not miss that marvelous picture.

Cappadocia is a land which seems to be a fantasy. Words are useless to describe the beauty and charm of the region; you must experience it for yourself. It will certainly take a particular place in your memories and in your photograph album.